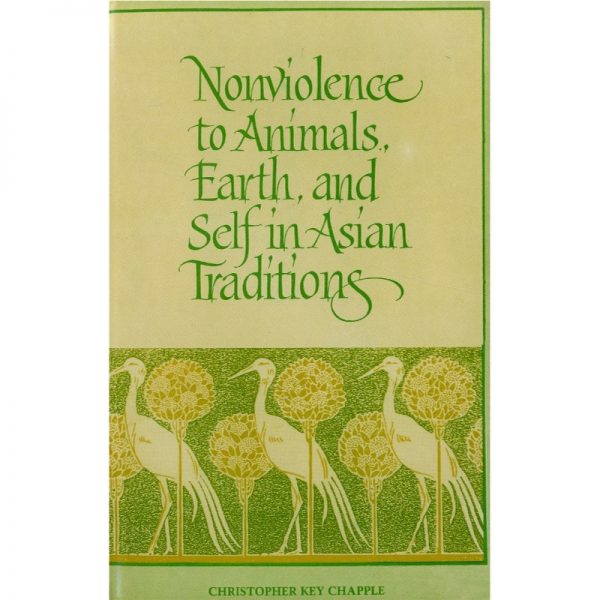 Nonviolence to animals, earth, and self in Asian traditions von Christopher Key Chapple

Klappentext: This book probes the origins of the practice of nonviolence in early India and traces its path within the Jaina, Hindu, and Buddhist traditions, including its impact on East Asian Cultures. It then turns to a variety of contemporary issues relating to this topic such as: vegetarianism, animal and environmental protection, and the cultivation of religious tolerance.

„Usually the Jains are marginalized and seen as having only a minor role to play in the major religious movements of Buddhism and Hinduism. Chapel shifts the focus and gives evidence that the Jains set the pace for the „renouncer“ practices of Buddhism and the Yoga School. By placing the Jains prior to the other „renouncer“ groups, one has a new vision of the way in which ahimsa or non-violence developed in India.“  – Lewis Lancaster, University of California, Berkeley

„The work as a whole goes beyond the normal confines within which nonviolence has hitherto been studied. A good example would be how the author ingeniously brings together conflicting views of world religions by the Jaina methodology of syad-vada, rendered by him aptly as ´flexible fundamentalism´.“  – Padmanabh S. Jaini, University of California, Berkeley

Christopher Key Chapple is Associate Professor of Theology at Loyola Marymont University in Los Angeles. He is the author of Karma and Creativity, co-translator of the Yoga Sutras of Patanjali, and editor of Winthrop Sergeant´s translation of the Bhagavad Gita.