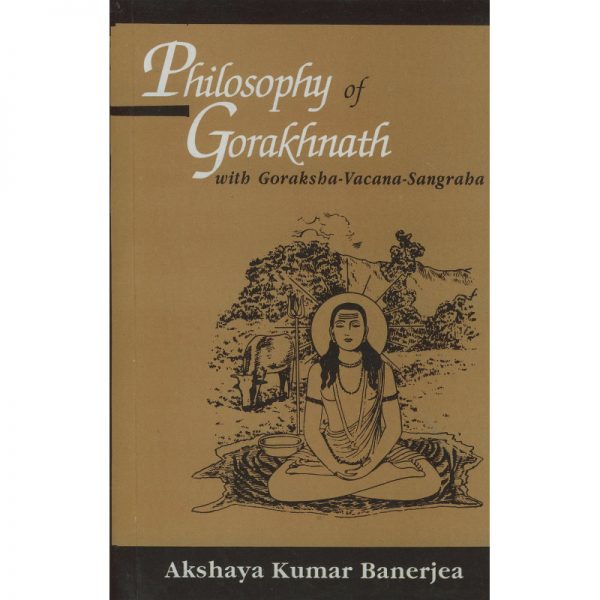 Klappentext: This book is an attempt to present a systematic and consistent account of the philosophical background of the spiritual culture associated with the names of Yogi Gorakhnath and other adepts of the Natha school. The account is mainly based on a original Sanskrit text of the school attributed  to Gorakhnath, which is believed to be a faithful record of some of the traditional views of the school. The author has ably accomplished his self-imposed task which is difficult not only for the great depth of yogic wisdom implied in the teachings, but also for the great paucity of necessary materials.

The author has said everything worth knowing for a beginner in regard to the philosophical outlook of Nathism. The ultimate Reality – Brahman and Para-Samvit; the inter-relation of Siva and Sakti; the gradual unfoldment of the supreme Sakti and the origin of the universe consisting of an infinite series of world systems; the appearance of the individual souls and their relation to the cosmic Purusa; the supreme ideal of human life; the relation between macrocosm and microcosm; the universe as the body of the Transcendent: these are some of the topics on which the learned author has tried to throw light. As Nathism represents a particular aspect of Hindu spiritual life, the writer has done well in dealing at some length with the ideal of  Hindu spirituality in general.