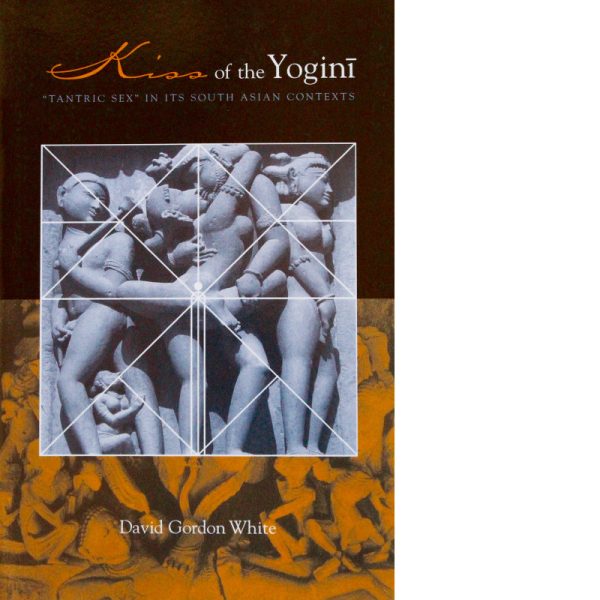 Klappentext: With Kiss of the Yogini, David Gordon White sweeps away centuries of misunderstandings and misrepresentations, returning to original texts, images, and ritual practices to reconstruct the history of South Asian Tantra from the medievial period to the present day.

Kiss of the Yogini focuses on what White identifies as the sole truly distinctive feature of South Asian Tantra: sexualized ritual practices, especially as expressed in the medieval Kaula rites. Such practices centered on the exchange of powerful, transformative sexual fluids between male practitioners and wild female bird and animal spirits known as Yoginis. By focusing on sexual rituals, White resituates South Asian Tantra in its precolonial form, at the center of religious, social, and political life, arguing that Tantra was the mainstream. Kiss of the Yogini contains White’s own translations from over a dozen Tantras that have never before been translated into any European language. It will prove to be the definitive work for anyone seeking to understand Tantra and the crucial role it has played in South Asian history, society, culture, and religion.

David Gordon White is professor of religious studies at the University of California, Santa Barbara. He is the author of Myths of the Dog-Man, The Alchemical body: Siddha Traditions in Medieval India, and Sinister Yogis, all published by the University of Chicago Press.