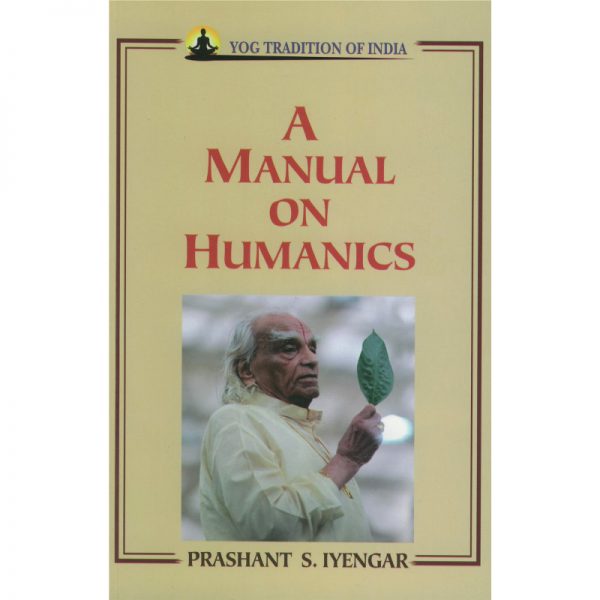 Klappentext: This book is a treasure trove of delights for anybody interested in Philosophy. ‚Humanics‘ is the combined aspect of physics, psychophysics, psychics, meta-psychics and meta-physics of human. The art, science and philosophy of yoga that has remedy, reformation and evolution has bequeathed to man of any age and any era.

Yoga is an endless pursuit of knowledge. All emotions that man faces i.e. pain, pleasure, love, hatred, devotion and profanity are on account of mind. The mind is easily vulnerable to emotions and circumstances. Thus, Yoga is development of an internal capacity to help the mind keep restrained from all fanciful, violent and turbulent radiations and establish it in placidity.

Prashant S. Iyengar is the son of Yogacharya BKS Iyengar and an authority on yoga. He is presently the director of Ramamani  Iyengar Memorial Institute (RIMYI). His knowledge about the scriptures and the ancient texts makes learning yoga very interesting. He is also an accomplished violinist.